In Ischia, history and myth intertwine to explain the incredible number of thermal springs, more than 100, and how the variety of waters has always been used to heal the body and spirit.

The myth of Tifeo tells that the giant, defeated by Jupiter in the fight for Olympus, was thrown to earth and confined under the island of Ischia. It is her agitation that causes earthquakes and the eruptions of underground volcanoes and it is her tears that were transformed by Jupiter into the thermal waters that give peace to the body and the senses.

History tells us that Ischia has always been a volcanic island and one of the main spas in Europe. Already the Greeks and Romans used its waters and vapors as a remedy for war wounds and to relax but it is only in 1500 that a census of all the springs of the island is carried out, an analysis of their composition and the effect on different pathologies.

Hot and very hot thermal waters, pools of boiling water in the sea, small springs on the beach, jets of steam that feed the fumaroles – the volcanism of the island is expressed in many ways, each of which is used in a different way. The thermo-mineral springs spring up in various parts of the island, but they could multiply at will because it is enough to dig in some places and at a certain depth to see layers of boiling water appear.

These researches paved the way for the opening of establishments and accommodation facilities that made the island an international destination that has now been transformed into a destination attentive to nature and well-being.

Today the springs have been classified into 29 groups, all hyper-mineral, and hyperthermal and used for therapeutic purposes and general well-being. The basic characteristic of the Ischian springs is that of having waters notably rich in salts (from about 2.5 to over 30 grams / liter) called saline-alkaline. Thermo-mineral waters originate from springs, the layers of which are mixed with marine currents, transported and filtered by geological layers of varying permeability, which, at a certain moment of their underground journey, are thermalized, chemically modified and pushed into their path from the encounter with the vapors.

The hydrogeological structure of the island is mainly fed by metoric infiltration waters and those of marine ingress. The former, infiltrating the subsoil, dissolve the precious mineral salts, stealing them from the rocks they pass through; the latter form an aquifer that impregnates the deep layers of the whole island,

bringing to the hydrothermal heritage all the health and balsamic properties of marine waters.

The different and unpredictable combination of these factors, the continuous circulation of the water, determine for the hydrothermal waters a continuous enrichment of the chemical-physical characteristics.

As is now known, these thermal waters have a proven therapeutic effect on the osteoarticular system (arthrosis, painful spinal syndromes, myalgias, tendinopathies), treat the aftereffects of fractures and paresis, chronic respiratory diseases, gynecological dysfunctions, improve, even in association to heliotherapy and thalassotherapy, dermatological pathologies (psoriasis, neurodermatitis, eczema, acne) and have a good effect on cellulite and peripheral vasculopathies in general. 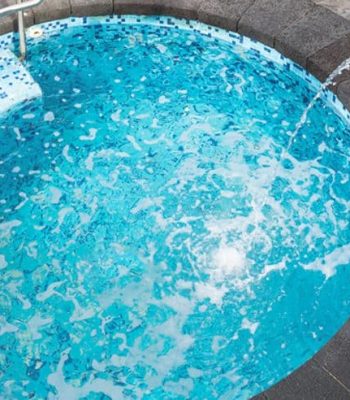 From the Greeks and Romans, attracted by the greenery of the island and the thermal waters, to Boccaccio’s stories in the Decameron of beautiful Ischian girls kidnapped by Sicilian sailors, to Giuseppe Garibaldi who seeks a remedy for the wounds suffered on the Casamicciola in the hot baths of Casamicciola. Aspromonte up to Elena Ferrante and Amica Geniale, Ischia has always been the undisputed protagonist of a thousand stories.

Through writers, artists and painters such as Alberto Moravia, Eugenio Montale, Elsa Morante, Pier Paolo Pasolini, Renato Guttuso, Luchino Visconti, Curzio Malaparte, Truman Capote, Tennessee Williams, Maria Callas and industrialists such as Gaetano Marzotto and Angelo Rizzoli the island has become a tourist and cinematographic destination and still today it continues to be the green garden of the spas with splendid views, a warm welcome and the pleasure of taking care of body and spirit together.

LIVING THE ISLAND OF ISCHIA

Discover the island of Ischia and its wonderful attractions.

The main events and appointments not to be missed.